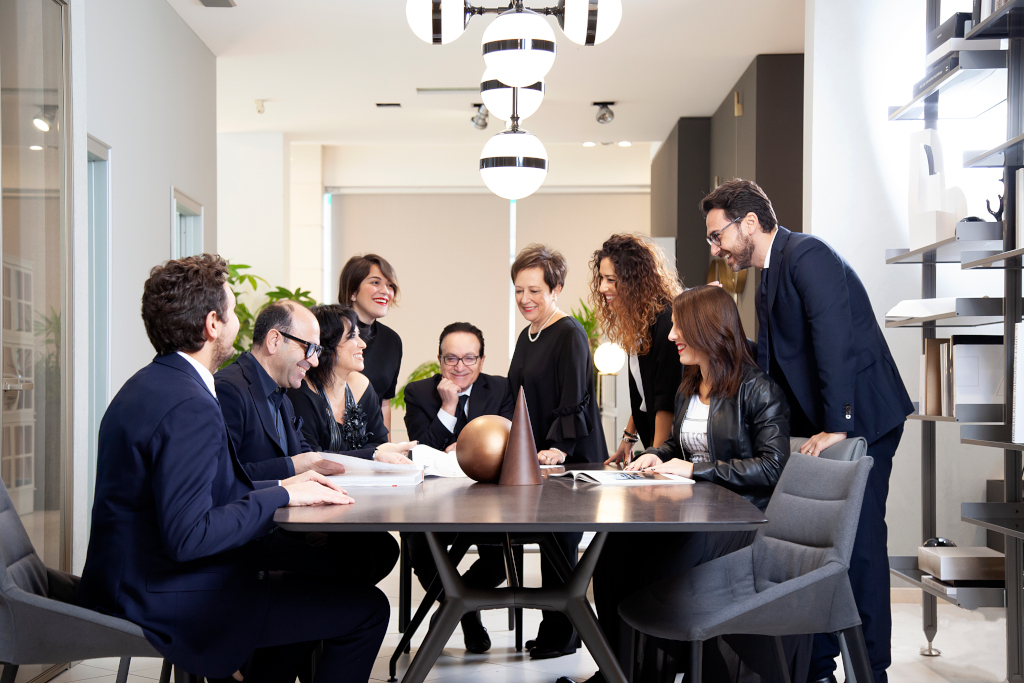 Find out more about the Russo & Di Mauro family

Arredi di Mauro was founded in 1952 by Filadelfo Di Mauro, Santo's father. Enterprising and visionary, he leaves the reins of his business to his children.

In the 1970s Santo was able to give substance to the project started by his father, thanks to his constant and tenacious work by purchasing an important exhibition space for furniture.

Between the mid-90s and 2000s the eclectic daughters joined the team, alongside whom Santo in a new exhibition space, creating the first kitchen center. The company acquires important brands and looks higher and higher, keeping its feet firmly on everyone's needs and becoming a leader in eastern Sicily in the furniture sector: always suggesting new housing solutions with his proposals.

The continuous search for the "new" has always been an element of competitive advantage for them and a constant work objective. Looking at the future with eyes fixed on the origins is the secret of the honest and passionate work of the DI MAURO family.

In 2017/18, new business projects were born, a new company together with Salvo Russo's Russo Home, a point of reference throughout eastern Sicily for lighting and the supply of building materials. Thus Russo & Dimauro was born from the union of two families animated by the desire to offer you an increasingly iconic and avant-garde design.